Business After Hours: The Wig Bank of Caldwell County

The Wig Bank of Caldwell County began as the vision of two people: a hair salon owner and an oncology nurse. Both saw a growing need within the communities they served. The beginnings were humble with a few wigs in a closet; but were accompanied by a strong desire to help others. Their passion was contagious and soon The Wig Bank was a growing effort by many in the community who continue to share a desire to make a difference in the lives of others. Today The Wig Bank is known as the little house on Mulberry Street with the purple door. It's also known for its welcoming interior where everyone can find educational resources regarding cancer, a warm cup of coffee and a friendly face to help calm, comfort and listen...

Monthly meeting for the Caldwell Chamber of Commerce Ambassadors

Let's Celebrate 50 years in business with Caldwell Opportunities by cutting the ribbon and opening the doors of success to another 50 years!

Join us for breakfast at the Caldwell Women's Forum. We will be hearing from Carmela Tomlinson at Paragon Design, she will be discussing small business marketing! This is a great opportunity to learn from one of the best in the business, be sure you attend this month's meeting!

The Caldwell Women's Forum is a group of professionals who gather for networking each month on the 4th Thursday during breakfast. he purpose of our monthly meeting is for networking and sharing information so that we can all be better informed about happenings in our communities. Our members represent local organizations as employees and business owners. All Caldwell women are welcome and encouraged to join. Our special guest speaker this month will be Anquinett Burnett, Licensed Professional Counselor Associate at Broken Arrow Counseling in Lenoir. In preparation for the shorter winter days and the holidays, Ann will '' enlighten '' us with ways to manage Seasonal Affective Disorder ( SAD ). She will discuss the causes, and she will demonstrate one treatment called phototherapy. This illness affects many families this time of year. If you want to join us but can't get there at 8:00, please come on in. If you can come early and need to dash out early, that's okay too! We will be collecting business cards at the door, and you are welcome to promote your business with a door prize. Please consider bringing a friend !! 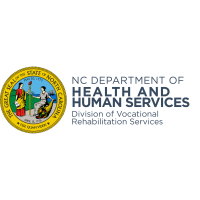 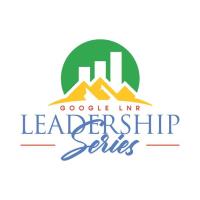 Twelve years ago, Mike Reed faced a dilemma most entrepreneurs would dream to have. Google was ready to purchase his graphics company, Skia, and make it an integral part of delivering a super secret new project that would later come to be the Android mobile operating system. He was about to sign on the dotted line when they asked ?OK, when are you and your team going to move to California?? Mike, a father and proud Chapel Hill native, had a better idea. Instead of moving all the way to California, Mike convinced Google to let him build a new department right there in Chapel Hill based on the strength of his leadership and the fact that he would be able to pull all the talent he needed from the nearby universities. Mike has continued to put his community front and center in the growth and vitality of his Google operations. As his team has expanded, they?ve stayed put in this beloved college town moving from one side of town to another and finally making their mark with a big Google sign on their building in the middle of historic Franklin Street. Mike?s commitment to growth, community, and a creative work environment continue as his team continues to be an integral element in many Google products. Mike will close out our Leadership Series with a short presentation followed by a reception.

Register
Partner and Leadership Celebration: A...

Partner and Leadership Celebration: A Chamber of Commerce Special Event

A special invite only event to celebrate our Partners and Leaders, be the first to hear our plans for 2020! Contact Bryan Moore for more information at bryan@caldwellchambernc.com or by phone at 828.726.0616

Join us for a Ribbon Cutting with Heritage Finance!